A man has appeared in court charged with the murder of Sunderland mum Michelle Hanson.

Shortly before 12.30pm on December 3, officers received a report of concern for the welfare of a woman inside an address in Brady Street.

Inside, they found 47-year-old Michelle Hanson deceased having sustained multiple injuries consistent with having been caused by a bladed article.

Last night, Alexander Carr, 33, of Wilfred Street, Sunderland, was charged with Michelle’s murder. Carr was also charged with a separate offence of possessing a bladed article.

He appeared before magistrates in South Tyneside today, Friday, December 23.

Dressed in a grey sweatshirt, Carr appeared for just two minutes. He spoke only to confirm his name, age and address and that he understood the charges against him.

The case was committed to Newcastle Crown Court at 2pm today, Friday December 23, and he was remanded in custody. 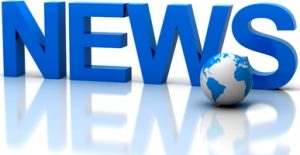