Looking for something to do in Sunderland? Whether you're a local, new in town or just cruising through we've got loads of great tips and events to offer. Find out what’s on in Sunderland with our regularly updated events calendar featuring the best upcoming events in Sunderland and the area.

This guide lists events at a glance, showing what’s on each month. See the highlights of What’s On for Sunderland, featuring the best of things to do in Sunderland – Live Music and Gigs, Family Events, Art & Culture, Food & Drink and much more. Sunderland fundraisers and charity events.

Important This Event Calendar is not maintained on a daily basis and some events may have changed dates or are no longer happening. Please double-check the event websites for the most up-to-date information.

Sunderland The Way We Were 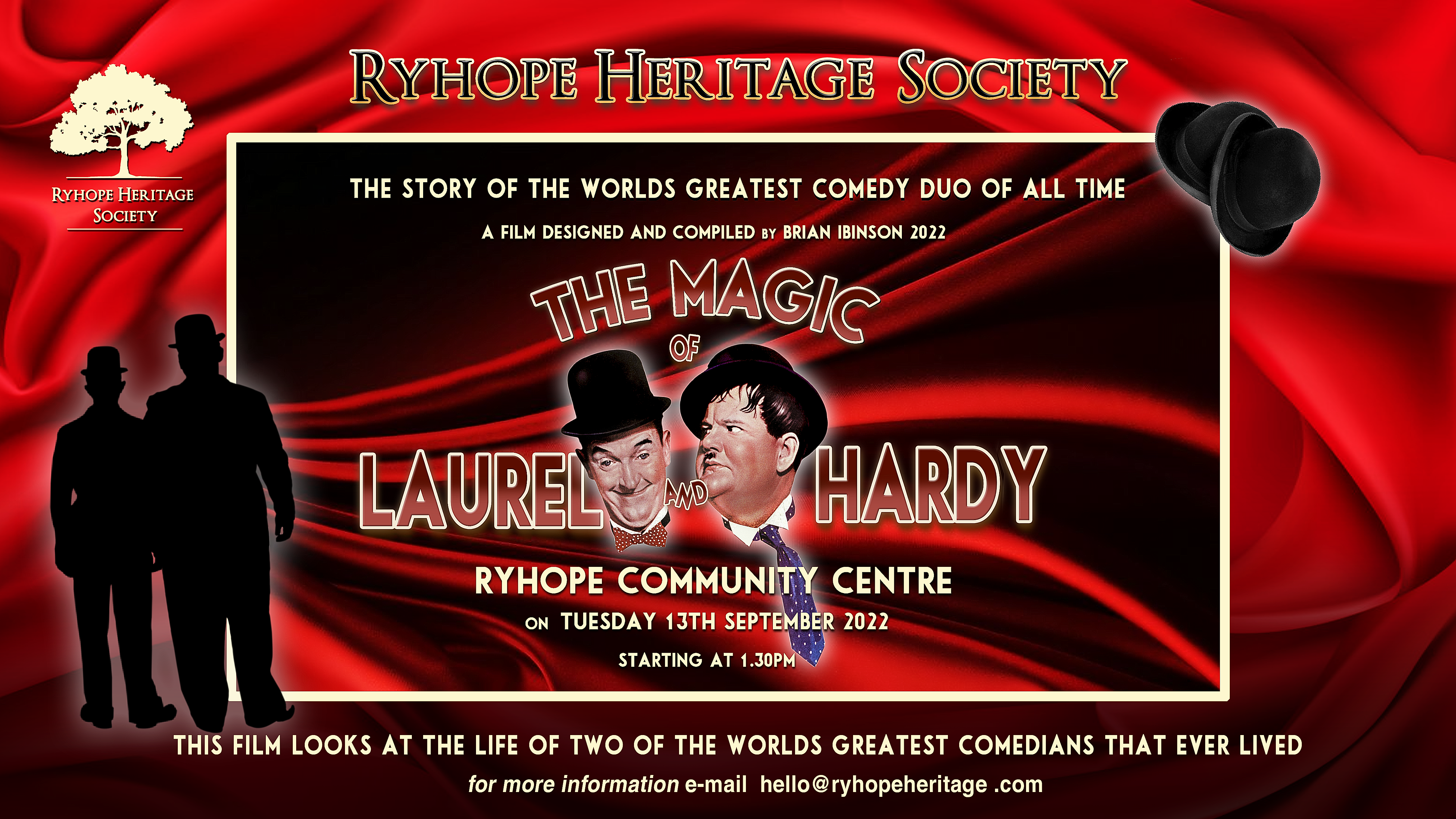 The Ryhope Heritage Society are showing a new film by Brian Ibinson called “The Magic of Laurel and Hardy” telling the story of worlds greatest comedians that ever lived.

Laurel & Hardy were, in their day the biggest movie stars in the world. Today over 70 years after their deaths they remain one of the most iconic duos that ever lived. This film will tell the their story though photographs, film and music.

Stan was born in the North of England grew up living in North Sheilds before going to America and meeting Oliver Hardy to become one of the worlds greatest duos. The film will show you how and where met and we’ll take a look at the very best of Laurel & Hardy films. It will also show you how they became like brothers and the final years touring England before their sad end though health problems. The chemistry between these two comedy giant has never been beaten.  So come along to The Ryhope Heritage Meeting and find out why Laurel & Hardy made the whole world laugh.

Everybody Welcome to Join us     Admission £2

If you have an event, that you would like to be featured on our Events Calendar, please visit Free Event Listing.