Fewer people in Sunderland identify as English than a decade ago – as more opt for a British identity, new census figures show.

The figures from the Office for National Statistics show 16% of people in the area felt they were English only when the census took place last year – a figure that is down significantly from 72% in 2011.

The data also shows 60% selected British only – which is well up from the 13% choosing that nationality a decade ago.

About 95% of people identified as white in the area in 2021 – down slightly from 96% in the previous census.

The data shows 8,204 residents (3%) identified as Asian or Asian British and 2,665 (1%) selected black or black British as their ethnicity. 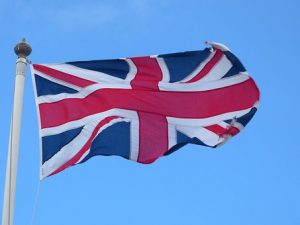 Across England and Wales, 90% usual residents identified with at least one UK national identity – a slight decrease from 92% in 2011.

The proportion of people identifying as English only saw the sharpest fall – from 58% selecting the national identity 10 years ago to just 15% last year.

Nationally, 55% said they identified as British – leaping from 19% in the previous census.

Jon Wroth-Smith, census deputy director, said the recent data highlights that we are living in an “increasingly multi-cultural society” – with fewer people saying they belong to a particular nation.