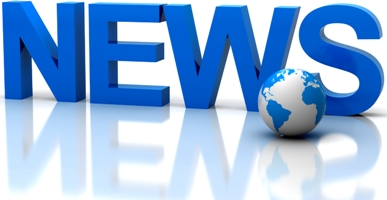 Cabinet chiefs in Sunderland have labelled a potential 5% council tax increase recommended by Government as “completely unrealistic” – adding they are planning to implement a smaller rise.

Leading councillors are instead working on a budget plan for 2023/24 which includes an increase in core council tax of 1.99% and an increase to the Adult Social Care precept of 1%, resulting in a combined increase of 2.99%.

The latest meeting of the city council’s cabinet on Thursday, January 19, heard Government now “expects” councils will raise bills by 4.99% for the coming year, in line with referendum limits.

This would include a rise in 3% in core council tax plus a 2% precept for adult social care services.

But Labour Councillor Paul Stewart, cabinet secretary, said due to the impact this would have on residents “particularly with regards to the cost of living”, they will be seeking a smaller increase.

He said: “The Government are quite clear in indicating that councils should be increasing council tax by 5% this year.

“A proposal for a council tax increase of 5% in this city I believe is completely unrealistic and the Government once again are trying to make residents pay for their incompetence.

“Our current proposals that are being consulted on are proposing a council tax increase of 2.99% and I make it quite clear that I will be expecting our proposals as they come to council will include a 2.99% proposal.”

As part of the 2023/2024 provisional settlement from Government headline figures state core spending power for councils will increase by an average 9.17% nationally, and 10.69% in Sunderland.

However this figure assumes local authorities would increase council tax by 4.99% and includes the funding raised by that levy.

City council chiefs added the overall budget position, after taking into account the provisional financial settlement, still relies on a planned use of £9milion of reserves to achieve a balanced position.

Further concerns were raised by councillors over the lack of long-term funding plans for local authorities from Government.

Cllr Stewart added: “Councils continue to be drip fed one year settlements in late December each year which makes it very difficult to plan.

“Although the planned increase [in funding] is confirmed in the settlement for 2023/24, the expectation of any significant further funding from the government in the medium term is low as they attempt to balance their books.

“We will continue to lobby the Government to provide long term sustainable funding that all councils require to deliver services for their residents. “

Councillor Louise Farthing, cabinet member for children, education and skills, added the council is in a “really difficult position”.

She said: “In order to run a large organisation like the council you need to be able to plan ahead, you can’t do it from year to year, it’s almost an impossibility and I really am very, very concerned about this lack of understanding.”

Council leader Councillor Graeme Miller added the local authority is doing the best it can with the resources available.

Council tax proposals and more budget plans for 2023/24 are due at February’s Cabinet meeting before final decision-making.

Police descend on Cramlington hospital in hunt for Alexander Carr